A Guide to Alloy Selection and Corrosion Prevention

Tank terminals play an important role in today’s global economy. Their ubiquity across continents supports a supply chain that ensures consumers and companies receive the products and raw materials on which they depend without interruption.

Critical to the operation of a tank farm is its piping system, and flexible components like metal hose assemblies and expansion joints are needed to support the transfer of media between tanks and ships, barges, pipelines, trucks and rail cars.

Like the storage tanks themselves, piping is susceptible to corrosion which can lead to leaks that then, in turn, become safety hazards. Fires, groundwater contamination and increasing toxicity levels in the air are just a few of the associated risks with a release.

To protect a facility’s assets, its people and the surrounding environment, steps can be taken in the design and handling of terminal hose assemblies to guard against corrosion and the potential for leaks. 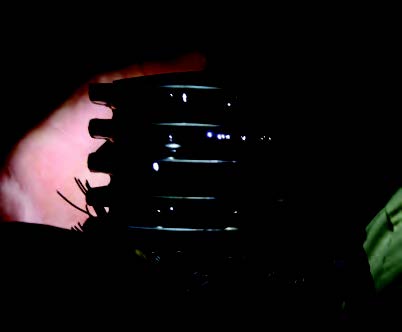 Ensuring the proper alloy for metal hose assemblies is important as—depending on their chemical composition —some are better suited to resist corrosion from certain compounds. This, of course, depends on the media passing through the hose.

For instance, in the case of sour gas, rich in highly corrosive hydrogen sulfide (H2S), 316 SS is a suitable option due to its molybdenum (Mo) content. However, if price is a secondary concern, then using AL-6XN which has twice as much Mo than 316 SS or one of the exotic alloys such as Inconel 625 or Hastelloy C-276—with significantly greater amounts of Mo (as much as four to eight times the amount compared with 316 SS)—is preferable.

It is important to note that many forms of corrosion do not happen solely because of the media passing through the hose but happen in concert with other environmental and operating conditions.

With regard to stress corrosion cracking, the application of tensile stress above critical values is another prerequisite. When flow velocity exceeds the maximum recommended rate, using an interlocked hose liner or a larger diameter hose with reducers at each end will reduce velocity. Residual stresses introduced during manufacturing might also need to be checked when the likelihood for SCC is high. To this end, engineers may suggest various heat treatments.

Other means of controlling SCC include using corrosion inhibitors during cleaning operations, employing a closed system to control the environment, and coating the material to isolate it from the environment.

There are many considerations that go into making a terminal hoses and selecting the right alloy, the proper design and the appropriate manufacturing process will ensure a longer life in service by staving off corrosion as long as possible.

The right materials are important to any design. In selecting the appropriate alloy for a metal hose assembly, engineers consider the temperature, pressure, movement and rates of corrosion anticipated within the given application. 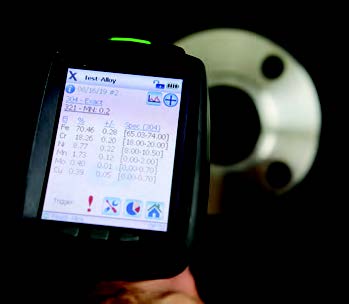 It’s a careful calculation with many variables and selecting a less-than-ideal material could lead to faster rates of corrosion, decreased efficacy as a transfer medium, and premature hose failure.

While Penflex does specify the chemical and physical properties for our stainless steel, Hastelloy, Monel, Inconel and Bronze hoses with Material Test Results (MTR) from our raw material suppliers, some end users want additional assurance in the form of a final verification.

This final verification is Positive Material Identification (PMI, carried out before hose assemblies are shipped to the final destination. PMI testing analyzes the composition of a component by reading quantities of its constituent parts, often delivered in percentages.

Regardless of design and manufacturing decisions, if hoses are not installed and handled properly, they become susceptible to fatigue, corrosion, and—ultimately— premature failure. Follow the recommendations below for correct installation of a metal hose assembly.

Do not twist the hose assembly during installation when aligning the bolt holes in a flange or in making up pipe threads. Using lap joint flanges or pipe unions will minimize this condition. Penflex recommends using two wrenches to make the union connection; one to prevent the hose from twisting and the other to tighten the coupling.

Prevent out-of-plane flexing in an installation. Always install the hose so that the flexing takes place in only one plane. This plane must be the plane in which the bending occurs.

The repetitive bending of a hose to a radius smaller than the radius listed in the specification tables for corrugated hose will result in premature hose failure. Always provide sufficient length to prevent over bending and to eliminate strain on the hose.

Utilize sound geometric configurations that avoid sharp bends, especially near the end fittings of the assembly.

When installing the assembly in a horizontal loop, provide support for the arms to prevent the hose from sagging.

Do not extend or compress axially

A piping system which utilizes metal hose to absorb movement must be properly anchored and/or guided. Always support the piping to prevent excessive weight from compressing the hose and relaxing the braid tension.

Once in service, the most common causes of failure stem from careless handling.

When hoses are bent beyond the recommended Minimum Bend Radius, the hose beneath the braid can be damaged, fatigue cracks may appear in the hose, potential for leak failures increases and there is a higher likelihood for braid bagging. As a general rule, do not bend hose 90 degrees at fitting. Instead, use 45- or 90-degree elbows where tight bends are required.

Stacking hose on top of hose can create damage under the braid to the hose tube that cannot be seen. As the case with extreme over bending, damage to the hose can shorten its life. In addition to ushering in premature hose failure, hose stacking contributes to braid bulging and braid wire damage. Avoid stacking hoses wherever possible. 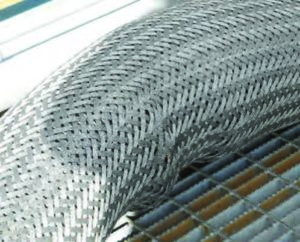 Metal hose grows longitudinally under pressure and contracts when pressure decreases. The braid is the “pressure carrier” and supports this movement. Damage it and working pressures will be affected and, if the wear is significant, hose failure can result. Braid wear can occur by dragging the assembly, improper or undersized lifting support or snagging the braid on another object. Hose stacking also contributes to braid wear, as often evidenced by braid bulging. Prevent dragging exposed braid and consider using hose buns instead of undersized lifting straps. Always lift or carry hose to prevent abrasion damage.

Using protective covers provides protection from braid wear. However, over tightening the clamps that hold the cover restricts the natural movement of the hose and braid. As the hose elongates under pressure, the braid stretches. If the clamps are too tight, the hose will shrink when pressure decreased but the braid will not be able to contract. This causes braids to bulge, reducing the efficacy of the assembly as a pressure carrier.

If storing hoses not in use, keep them away from areas subject to spillage, corrosive fumes or sprays, weld splatter, etc.

Periodically inspect terminal hoses in order to recognize features which lead to failure in order to schedule replacement before actual failures occur. Here is what to look for.

To print this guide as a PDF, please click here.