A cycle life comparison between annular and helical designs.

Broadly speaking, there are two types of corrugated metal hose. This categorization is based on the orientation of the corrugations and is the result of different forming processes.

Annular hoses have convolutions that line up parallel to one another at right angles to the longitudinal axis of the hose. The corrugations of an annular hose may look like a series of complete circles or rings. These hoses can be formed by a number of metal forming processes, including split and rotating die mechanical forming processes, hydraulic forming, and hydroforming.

Helical hoses have one continuous convolution resembling a screw thread. They are generally formed using a single rotating die that is in continuous contact with the outer diameter of the tube as the tube progresses longitudinally.

Helical hoses aren’t as common as they once were and, while there are a few advantages cited, we remain skeptical of these claims. It has often been said that when a helical hose needs to be drained, it can be hung from one end and the liquid will follow the helix and drain from the hose. While it is very difficult to “drain” all traces of a liquid from an annular hose, we also believe that liquids adhere to the walls of helical hoses the same as they do to the walls of annular hoses, and that it takes more than “draining” to remove all traces of liquid.

In some cases, when fully compressed, helical hoses can achieve a higher working pressure than a standard pitch hose. This may make them the right choice in industries like bottle filling, but for the most part, users prefer annular hoses for their respective applications for a number of reasons.

For instance, the parallel convolutions of annular hoses make them easier to cut and easier to weld. And, as our recent U-Bend Fatigue Test demonstrates, annular hose has far better flexing characteristics than helical hose.

Recently we performed a test to compare annular and helical hose. Specifically, the U-Bend Fatigue Test compared the cycle life of our P3 Series annular and our 400 Series helical hose. We used three six-foot assemblies of ¾-inch single-braided hose from each series.

While the pressure and bend radius were specific to a customer’s request, the test format was carried out in accordance with ISO standards 10380:2012(E). Each assembly was mounted onto the U-Bend Tester to form a vertical loop and then subjected to repeated sinusoidal flexing at a rate of 20 cycles per minute in a direction parallel with the axis of the hose.

The test pressure was 300 PSI, the dynamic bend radius was 6.0 inches, and water was the media. Failure would take place if there was any leak—marked by a drop in pressure—or if there was localized reduction of the hose radius more than 50% during the test.

At approximately 200 cycles the helical hose samples all demonstrated a twist sideways in sync with the bias of the hose when in its relaxed condition. This bias comes from the impact of a single die that rotates around the tube to form the hose. Under pressure a helical hose will torque as it elongates and place pressure on the cap and fitting welds at the ends of the hose. Annular hose does not exhibit these characteristics.

As expected, we got longer dynamic cycling out of annular hoses as flexing happens between the convolutions rather than through them. 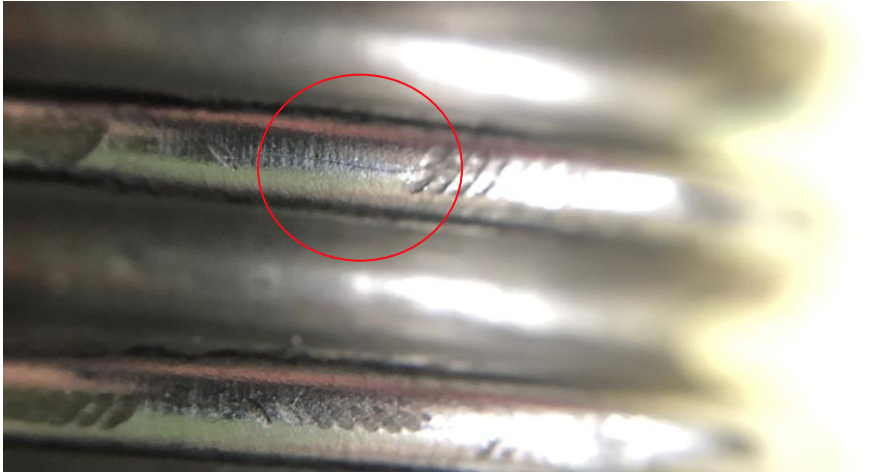 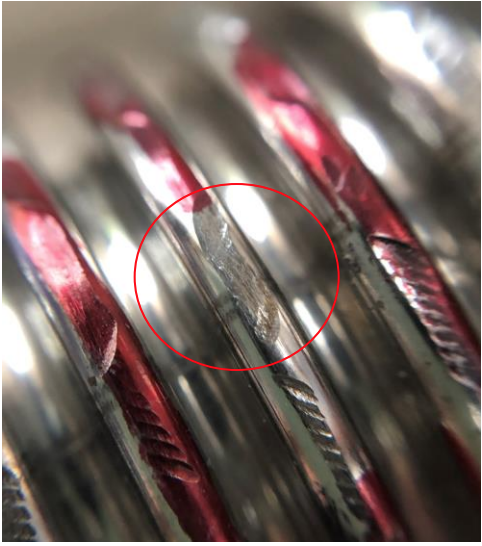 While the cycle test outlined above was conducted without oiling the hoses—a standard requirement for a test such as 10380:2012(E)—hoses may be oiled in service to prolong their service life. Without lubrication, braid friction may lead to premature hose failure.

Burst Testing at a Million Cycles

In a third test, we oiled a new set of three six-foot  ¾” single-braided P3 assemblies and took them all to 1,000,000 cycles with the same pressure and bend radius as used in the previous test. The hoses were then removed from the U-Bend Tester and burst tested.

The goal was to see if cycling would affect burst pressure. Turns out, the oiled annular hoses were in almost the same condition as before cycling.

Achieving similar burst pressures between the original state and after one million cycles speaks to the quality of Penflex P3 Series and structural integrity of our welds.

To read the complete report, click here. For any questions about the U-Bend Fatigue Test, please contact us.